I’m not especially talented. There are writers far better than me. No, they do not have better degrees, connections, or ideas, but they definitely have better abs. I know that you’re really good at writing books, but we’ve got a lot going on in this world, so how can we help you get

Consistency trumps talent. It’s better to do it right than it is to be lucky. And you want to know the real secret I’ve learned? Quality doesn’t even beat consistency. That’s right. I regularly and consistently outperform others whose work is of much higher quality than mine.

How does that work? Simple: I’m more consistent than they are. Most people are impressed by my success, and I’m able to stay on top of things by consistently taking great action.

Consistent, disciplined action is the greatest determining factor to your success.

That’s great news for both of us — it means that our lack of talent can be overcome by the simple act of just doing it every day.

In his autobiography, Steve Martin described his humble beginnings in comedy — a nonsensical magic/comedy act he gave for small families and foot traffic while working at a dusty, second-class amusement park. “I was not naturally talented,” he wrote, “though working around that minor detail made me inventive.”

He spent a decade learning his craft, practicing his routine literally thousands of times, up to 4 times a day at the amusement park for years. “I kept scrupulous records of how each gag played after my local shows. ‘Excellent!’ or ‘Big Laugh’ or ‘Quiet,’ I would write down; then I would summarize how I could make the show better next time.” he wrote.

He’s been practicing, tweaking, re-doing, and practicing for years, and it finally paid off for him. He made huge strides very quickly. In just a few short years, he became the most dominant and well-known comedian in the world.

“Perseverance is a great substitute for talent,” Martin wrote.

How To Consistently Wake Up at Early, Read More, and Get Stronger (without failing halfway) 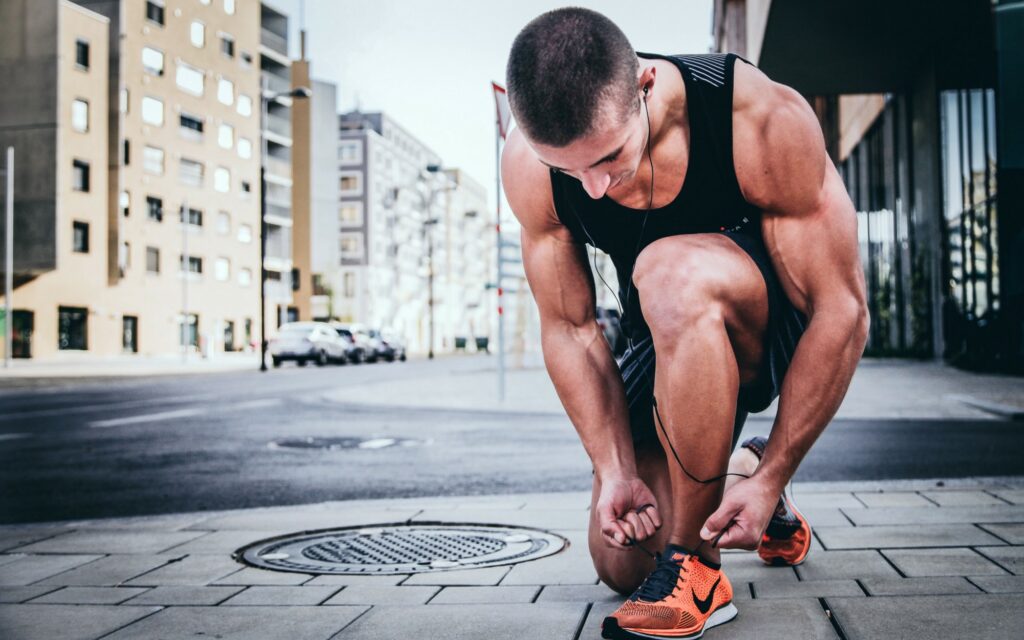 There are many ways to do that one thing that you keep failing at, but there’s only one way to really master it. If you want to be the best at that one thing, you must do the one thing over and over again.

By doing it today. That’s it. That’s what I tell my coaching clients all the time. In some cases, this is the same answer. For example, It doesn’t matter what I want to do after I get my degree.

They are looking for help starting new behaviors, quitting their old destructive habits like procrastination and laziness, and starting new ones like writing and creating a business. But how? They ask me. I don’t know what to do.

This is the usual story for many people, but this doesn’t have to be the case for you! Do it right away. Just for a few minutes.

We’ll talk tomorrow. Don’t think about writing the book or remodeling the entire dirty house or earning $10,000 in a single month from your business. Just write 500 words and click “Publish” today. Why not? Clean up your kitchen for 5 minutes.

Start by pasting your first Amazon affiliate link in. That’s how you get started. But making progress is another thing entirely, and for most people it’s hard to sustain momentum in one direction. You do it again and again until that boulder is a foot or two in front of you.

You can do it again tomorrow. Just roll the boulder a few more inches. When boulders start to roll, they get easier to push. Some people wake up at 5AM every day, but to achieve this, they need to change their habits and become morning people.

Do you go to the gym three times per week?

By doing a little bit of it today.

“95% of our society — the ‘mediocre majority’ — fail, time and time again, to start exercise routines, quit smoking, improve their diets, stick to a budget, or any other life habit that would improve their quality of life. Why? Most people don’t realize the seemingly unbearable first 10 days of a new habit is only temporary.” -Hal Elrod

“Almost every problem people face in their lives are all the result of not taking enough action.” -Grant Cardone

If you don’t know what to do, then just do something. Most people remain stuck in their mediocre circumstances while doing more complaining and worrying than actual action. In order to take massive action, you need to be willing to like it, dislike it, and find out whether it works for you.

Take action. In the face of constant uncertainty, the worst thing you can do is nothing. Stay in your rut. You have to know what your next step is. Action clears the clutter and tells you what your next move is.

When I started writing, I felt really confused. But now, I feel confident and have written a few books. If I can do it, you can, too. For years, I struggled with writer’s block. I couldn’t come up with any ideas for my articles. My mind went blank every time I tried to write. I didn’t have much clarity.

What finally ended it? Consistent, disciplined action. You should write a post every day of the month in May (or any other time period). Read these posts for a few days and you’ll become a better writer. They have good structure, clear headlines, and they’re easy to read.

It doesn’t matter if the quality isn’t the point. What matters is that the action is. I wrote my book before I thought it was “good.” It wasn’t. But it was the best thing I had ever written. I read a few of the articles on the Internet that were getting some traction. Then I copied that structure, and started to apply it to my other articles.

If you’re feeling stuck or unsure about how to proceed with your business, the answer is to take action consistently.  Get out of the house and start moving. Just a couple of small steps.

“A man’s wishes and prayers are only gratified and answered when they harmonize with his thoughts and actions.” -James Allen, As a Man Thinketh 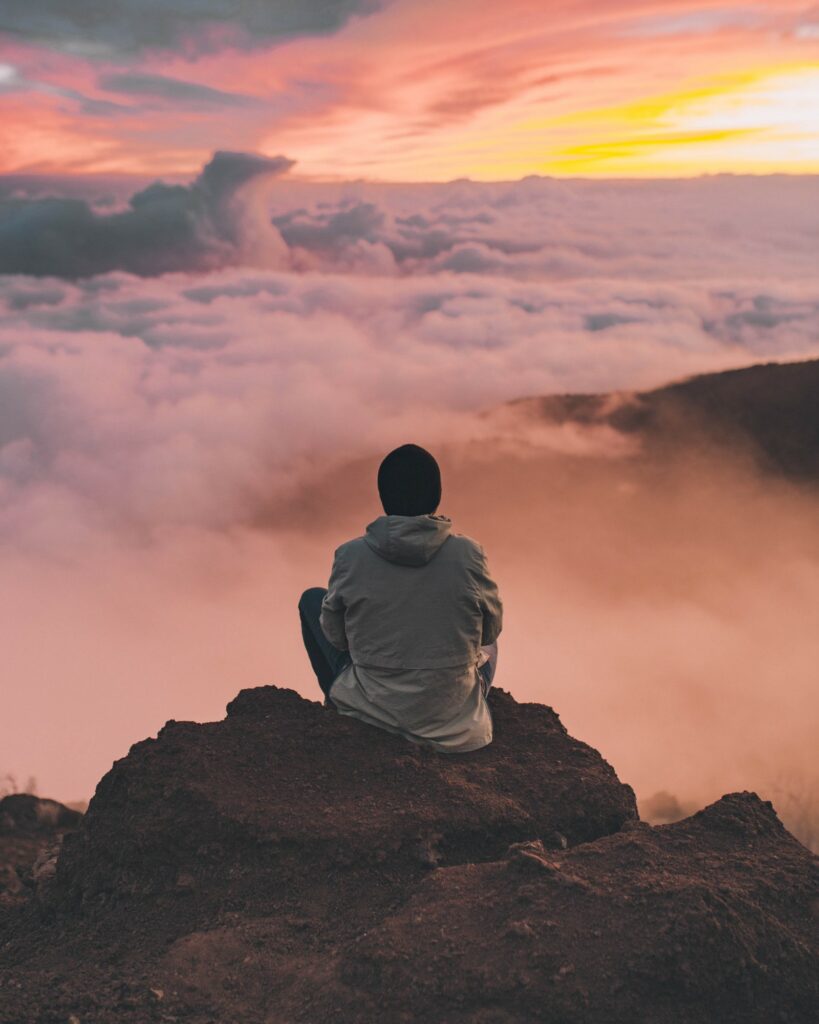 It’s Impossible To Become Successful If You Keep Making Those Excuses.

The truth is, it’s easier to make excuses than it is to make progress. It’s hard to understand why so many people get stuck in mediocrity. They have chosen the easier, softer path, and while it’s easier, the road always leads to disappointment.

Jim Rohn once said, “We must all suffer either the pain of discipline or the pain of regret. There is no other option. It’s either pain or pleasure. So why not choose the pain of discipline? There’s no point in trying to achieve extraordinary goals if you’re not going to enjoy the journey. The other road is full of disappointment and dissatisfaction.

It’s impossible to achieve the success you want if you keep making excuses. There’s always an excuse not to act, and most people grab those excuses. A friend once told me that as a writer, there are three things that determine whether you’re an amateur or professional: your research, your writing and your revision.

“The fellow who has gone nowhere and has no plans for getting anywhere always has a bookful of reasons to explain why.”

In the words of world champion chess player Josh Waitzkin:

“Mental resilience is arguably the most critical trait of a world-class performer, and it should be nurtured continuously.

If left to my own devices, I am always looking for more ways to become more and more psychologically impregnable.

When uncomfortable, my instinct is not to avoid confrontations but to become at peace with it. My instinct is to seek out challenges as opposed to avoiding them.”

The first step in upgrading your behavior is to become aware of your current behavior. Here are some high-level questions to get you started. This is what the world’s best performers do, they continually assess what their excuses are, and how they can change their default response into one that brings progress.

Going to the Gym Once Won’t Get You in Shape

“You’re not an X-er unless you regularly X.” -Zak Slayback

If you only write one article, that doesn’t make you a writer. Learning “Smoke on the Water” on YouTube one afternoon does not make you a guitar player. Speaking a language you don’t know yet doesn’t mean you can speak Spanish in an hour

In the words of Tim Ferriss in his book, The Four Hour Body:

“People suck at following advice. Even the most effective people in the world are terrible at it. There are 2 reasons:

1. Most people have insufficient reason for action. The pain isn’t painful enough.It’s a nice-to-have, not a must-have.

2. There are no reminders. No consistent tracking = no self awareness = no behavioral change.

Consistent tracking, even if you have no knowledge, will often beat the advice from world-class trainers.”

Most people are terrible at consistent daily routines. You need to put in the time, energy and effort to learn something. It’s the only way to become truly successful with a new skill. For every day you keep going, hundreds of others quit.

The only reason I’m confident I’m going to be in the top 1% of writers in the world someday is because I know I’ll write every day. The day I stop practicing every day is the day I start to lose.

In the words of Ramit Sethi:

“At the moment when we accept our weaknesses and stop deciding to grow, we’re the BEST we’re ever going to be. It’s all downhill from there.”

Never stop growing. Never accept your weakness and give it power to dominate your life. 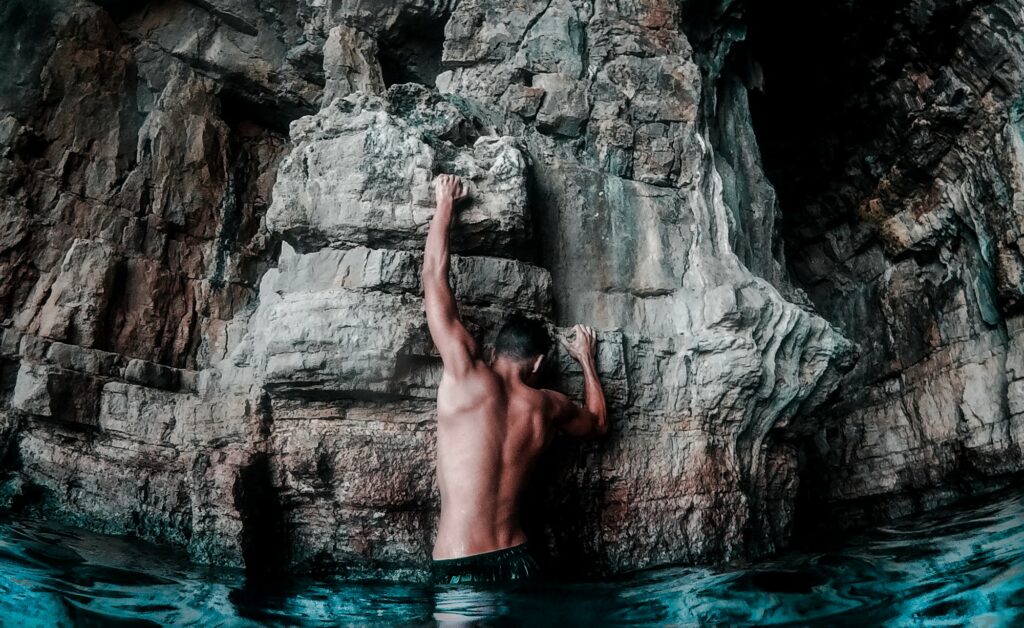 There are so many people in the world that are more talented than you. A: Do you love to read? Are you interested in books about history, culture or nature? Sexy. Smarter. Richer. More creative.

What could be nicer than a more likable, charming, well-connected, and handsome man. But there is one, singular thing you can do better than them: You can outwork them. Your dedication to going the extra mile beats out your opponent every single time.

A real secret that will save you hours of frustration is that, the truth is, there are a lot of people who have much more knowledge about your topic than you do. You’ve got a lot of catching up to do! Companies that hire more qualified applicants are four times as likely to hire people of color than those who don’t.

Most of those people who aren’t consistent will never get better at it. The big factors in whether you achieve success are luck and your parents’ money. The best people usually just happen to be born into fortunate, lucky circumstances.

Choose your pain wisely. You can’t go wrong. Regret is temporary. Discipline is forever. They both require energy; choose the path that’s going to get you where you want to go.